“Korea should now ponder whether its energy market needs to embrace a free market mechanism in a new era driven by renewable energy,” the head of the state-run think tank said in an interview with The Korea Herald. 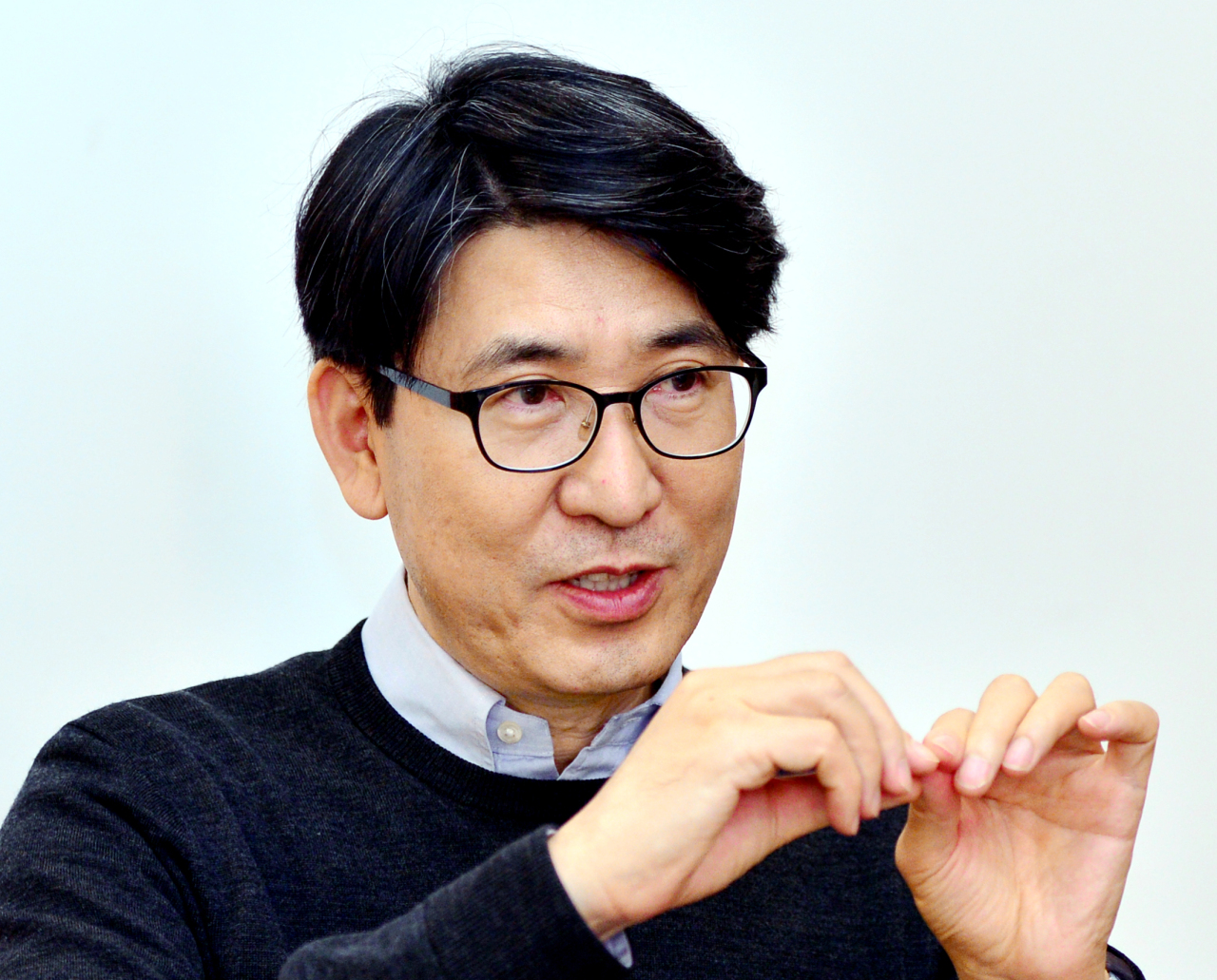 “Government control of the energy market was appropriate in the 1970s and 1980s, when its key goal was to provide stable and cheap industrial power in order to raise the nation’s export competitiveness,” he said.

Things have now changed as advanced countries -- including Korea -- have increasingly become concerned about environmental and social costs of power generation, he said.

Greenhouse gases, fine dust and climate change are becoming severe problems and social conflicts are rising among residents, governments and companies over the construction of power plants -- whether they use conventional or renewable energy.

“With the energy market becoming more complicated, the government should consider leaving the sector to private companies and remain as a supervisor -- instead of being a controller -- to monitor stability and fairness in the market,” he said.

Korea, Mexico and Israel are the only member states of the Organization for Economic Cooperation and Development that forbid private companies in the power distribution market, according to UK-based energy consulting firm Wood Mackenzie.

In addition to free market mechanism, Cho said Korea should also begin to build a social consensus for raising electricity prices, which he believes are set too low for the realization of sustainable energy policies.

“Electricity prices here have been artificially set too low by the government. But it cannot help but raise the prices if it wants to expand renewable energy. The government should start building social consensus on the necessity of raising power rates.”

Currently, Korea’s electricity rate for households is the fourth-lowest among OECD nations.

Last year, state-run Korea Electric Power Corp. CEO said electricity prices are lower than the fuel costs for power generation such as liquefied natural gas and coal, hinting at the need to raise charges. The state-run utility has been making losses since last year, partly due to the nation’s anti-nuclear policies and the expansion of renewable energy.

Cho also stressed the importance of building organic relationships with local residents before and after building power plants.

In many provinces, several solar and other power plant projects face stiff resistance from residents fearing environmental damage, landslides, water pollution and threats to their livelihoods. Some of the projects are delayed or entirely scrapped due to strong protests.

“The opposition by residents is not surprising. They have no idea what is going on in their neighborhood. They are just notified after the authorities and companies make all the decisions,” he said.

In that case, all the residents can do is either to protest or demand hefty compensation, he said.

“Residents and the public in general should be involved from the beginning of new projects so they are fully aware of what is underway in their neighborhoods even if the process requires a longer period of time,” he said.

Cho was appointed as a leader of the KEEI in July 2018. Before joining the institute, he taught food and resources economics at Korea University from 2000. The think tank, which is currently under the Prime Minister's Office, was set up in 1986 to develop policies on national energy and natural resources.