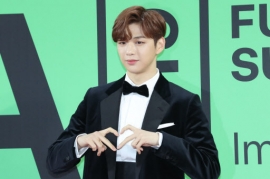 [1] In South Korea, France is known predominantly for its rich history, sophisticated culture and luxury brands. But take a deeper look into the history between the two countries, and traces of France can be found across South Korea’s core industries.

[2] In the digital era, Paris is seeking to bolster cooperation with Seoul in the field of technology and startups, the top French diplomat in Seoul said.

[3] “In France, I think we have missed the beginning of this digital transformation for all sorts of reasons. Recently we have been putting the stress of the necessity to invest maximum resources in those new approaches,” French Ambassador to South Korea Philippe Lefort told The Korea Herald during an interview over lunch Nov. 18 at Le Chef Bleu in Seoul.

[4] “We (France) did a lot of very good moves in building (startup) incubators. … Korea is very imaginative in this field. … France and Korea are countries in which technological development is not seen as a tool of geopolitical domination. So we can cooperate … to preserve our sovereignty by adding own capacities and not depending only on the big organizations.”

[1] K-pop star Kang Daniel put his music and entertainment career on hold due to depression and a panic disorder, his management agency said Wednesday.

[2] The 23-year-old solo artist and former member of disbanded boy group Wanna One will have a hiatus from show business after being diagnosed with the mental health problems in the first half of this year, according to Konnect Entertainment.

[3] "(Kang) has complained of extreme anxiety recently ... leading to the conclusion that what should be considered the top priority for the health and safety of the artist is relaxation and rest," Konnect said in a statement.

[4] The agency also said Kang "is in a very difficult condition to promote the new digital single, 'Touchin,'" indicating that he will not be available for stage promotion of the song released last week.

[5] The announcement came one day after Kang complained of immense mental suffering from online hate comments.

[6] Posting a message on Tuesday in his online fan community, Kang said "I am under immense pain. I wish somebody could please save me."