The campaign is organized by Seo Kyoung-duk, a Sungshin Women’s University professor. The content, created by the K-pop stars, is shared on Korea Tourism Organization’s social media accounts, with translations in English, Chinese and Japanese.

The campaign kicked off with two members of K-Pop group NU’EST, Min-hyun and Ren, and Singer-songwriter Ha Sung-woon. The NU’EST members visited Haeundae Beach in Busan to enjoy dwaejigukbap, a kind of pork and rice soup that is a Busan specialty. 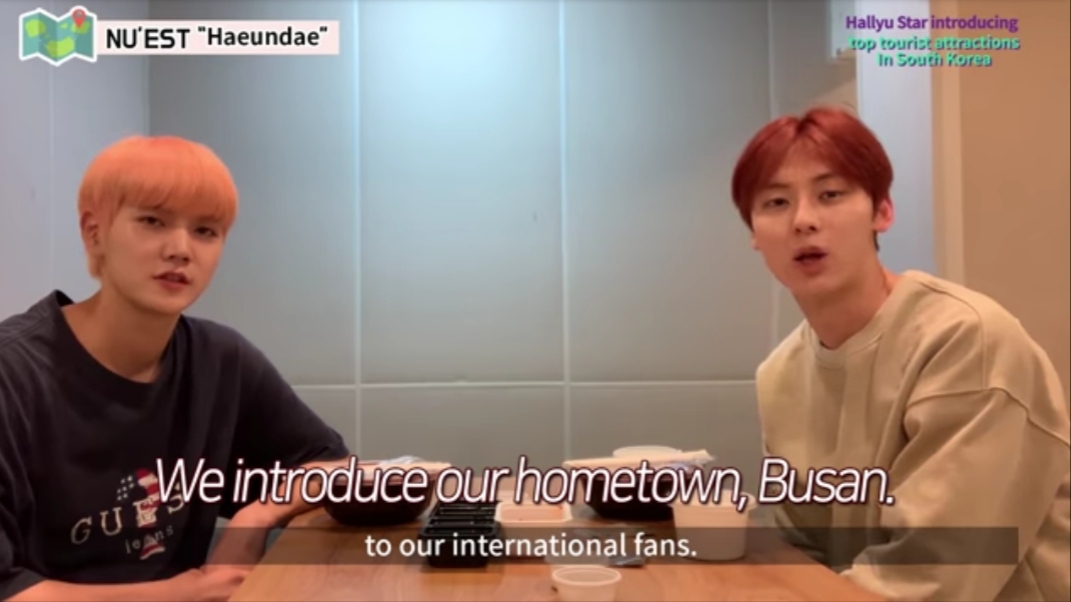 NU’EST members introduce their hometown, Busan, in a video clip. (Korea Tourism Organization’ YouTube channel)
Introducing it as their soul-food, the members say they grew up on the dish.

Ha Sung-woon, wearing hanbok, tours the streets of Jongno in Seoul, where traditional houses can be found nearby royal palaces of the Joseon era. He also introduces street foods such as “mayak gimbap,” mini seaweed rice rolls with vegetables served with a mustard dipping sauce, the name of which translates into “narcotic gimbap” in Korean because they are highly addictive. Other street foods include “bindaettok,” a type of Korean pancake made with ground mung beans, pork and kimchi. 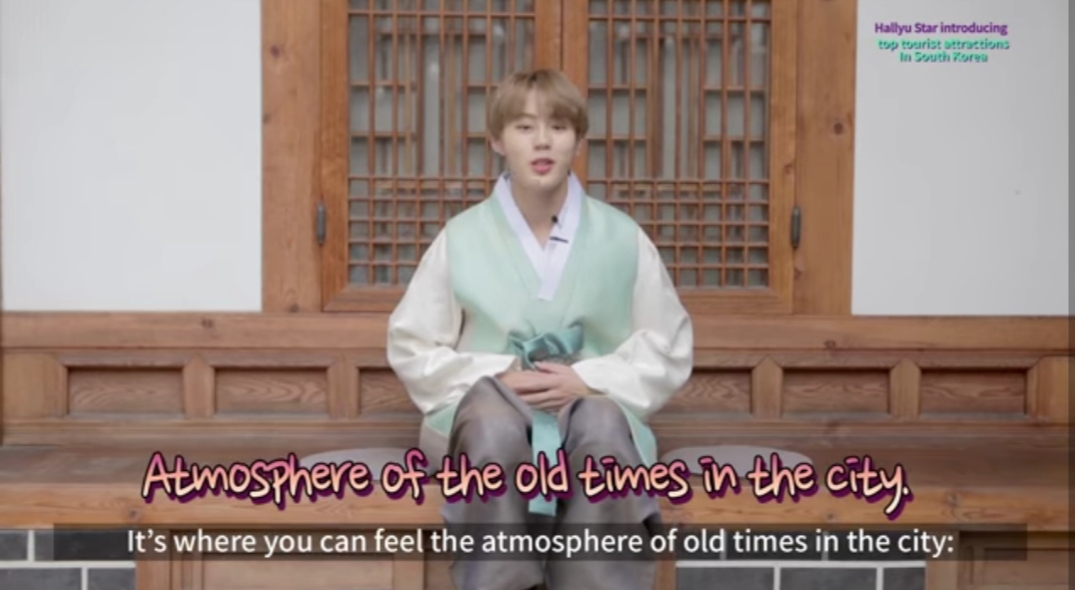 Ha Sung-woon visits Jongno district to show hanok and street foods. (Korea Tourism Organization’s YouTube channel)
“We thought it would be very effective if K-Pop stars visit their favorite places in Korea and introduce the places,” said, Je Sang-woen, an official at Korea Tourism Organization who supported the campaign. “We are planning to invite three more K-pop stars in December to introduce their favorite places, and we are considering continuing the campaign next year as response to the videos is quite good.”