The Chinese e-commerce giant Alibaba has raised at least $11 billion in a share offering in Hong Kong, netting the city's biggest offering since 2010 despite recent political turmoil.

Alibaba said Wednesday that it has set the price for the offering at 176 Hong Kong dollars ($22.50) per share. The price is a 2.9% discount for the closing price for its shares traded in New York. It's also below the original maximum offer price of $188 Hong Kong dollars.

The company's shares are due to begin trading on Nov. 26. 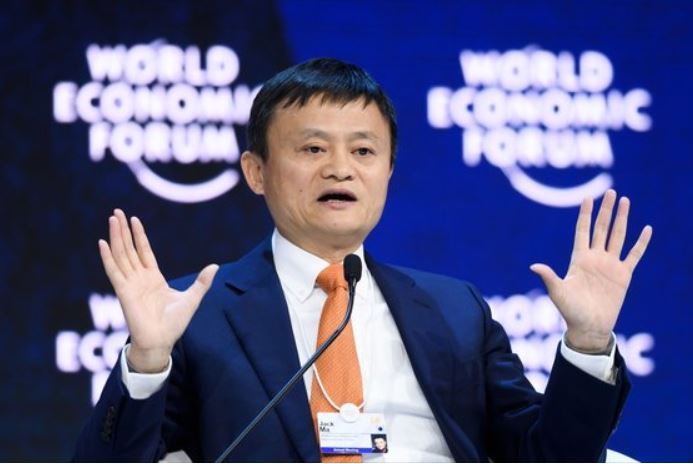 The secondary listing in Hong Kong is a rare boost for Hong Kong at a time when the former British colony is embroiled in political unrest.

The company's share code, 9988, is a homonym in Chinese for "eternal prosperity."

The company already has a significant cash pile of more than $30 billion, but analysts said it was riding the momentum from recent strong earnings, including the $38.4 billion in "Singles Day" sales on Nov. 11, up 26% from a year earlier.

Alibaba and rival JD.com reported combined sales of $70 billion during the annual marketing event that has become the world's busiest online shopping day.

"The advantage for Alibaba is twofold. It can diversity its shareholder base during the U.S.-China trade war and it can command a high price, in part because investors in Hong Kong are clamoring for something positive amidst the protests," Jasper Lawler of London Capital Group said in a commentary.

If a "greenshoe" overallotment option is exercised, the proceeds from the offering could be up to $12.9 billion.

But that's well below expectations that initially were for a share offering of up to $20 billion.

The company said it wants to use the proceeds from the share sale for strategies to expand its users, help businesses with "digital transformation, and continue to innovate and invest for the long term."

Alibaba's 2014 initial public offering was held in the U.S. due to regulatory limitations that prevented an IPO in Hong Kong.

The company's chairman and CEO, Daniel Zhang, issued a statement announcing the long-anticipated listing last week, saying that Alibaba "missed out on Hong Kong with regret" in its 2014 listing.

Alibaba's founder, Jack Ma, stepped down as chairman in September. He has stayed on as a member of the Alibaba Partnership, a 36-member group with the right to nominate a majority of the company's board of directors.

E-commerce pioneer Ma, 55, is China's richest entrepreneur with a net worth of $39 billion, according to the Hurun Report, which tracks the country's wealthy. (AP)