A Korean man in his 50s was apprehended for allegedly murdering his Vietnamese wife, a woman 25 years his junior, the police said Monday. 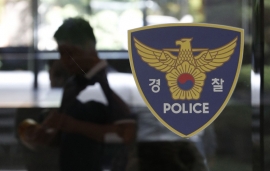 The Yangju Police Station said they are investigating a 55-year-old man on suspicion of murdering his 30-year-old Vietnamese wife at around 5:30 a.m. Saturday at his home, putting her body in the trunk of his car and dumping it in his hometown of Wanju, North Jeolla Province.

The man, who was apprehended at around 1 p.m. on Sunday, reportedly admitted to his crime and told the police during the probe that he had murdered his wife in a fit of anger during an argument.

The police launched the probe after the woman’s Vietnamese friend filed a missing persons report. They plan to continue their investigation by requesting an autopsy and by seeking an arrest warrant for the man.

In 2018, 22,698 international marriages took place here, up 8.9 percent from 20,835 the previous year, according to Statistics Korea. The largest portion of foreign spouses came from Vietnam, followed by China and the US.