A South Korean lawyer who illegally helped foreign nationals apply for refugee status was give a one year jail term, suspended for two years, the court said Sunday.

The Seoul Central District Court ordered the 46-year-old attorney, surnamed Kang, for violating the Immigration Control Act on Wednesday. The court also gave the law firm to which Kang was affiliated a 5 million won ($4,280) fine for illegally employing a foreign national without a visa for Chinese interpretation work. 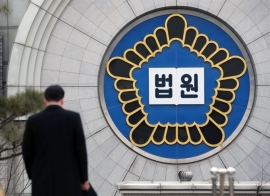 Between October 2016 and December 2017, Kang fabricated refugee documents for 184 Chinese nationals referred to him by five brokers, disguising the foreigners as victims of religious persecution in China. Kang’s illegal activity was discovered last June as the Justice Ministry found it odd that one lawyer had filed almost 200 applications.

According to the court statement, the clients took advantage of the fact that the refugee screening process took months, and even if they were denied the status, they could prolong their stay in Korea for 2-3 years by lodging appeals and filing other official objections, finding jobs and earning money here in the meantime.

The fact that Kang was a first time offender was taken into account in determining his sentence, the statement said.

Under the South Korean refugee law, refugee status can be granted to foreign nationals who are likely be persecuted on account of nationality, race, religion, membership in a particular social group or political opinion.