A total of 1,500 students competed nationwide in the regional preliminary competition and the best 78 made it to the finals of the annual speaking contest, held at Sejong Hall in the Seoul Human Resource Development Center.

Each of the middle and high school students competing in the finals gave a three-minute speech on one of six topics, including dreams, school violence, problems of the 21st century and future coexistence between humans and robots. The university students had to speak for four minutes each. 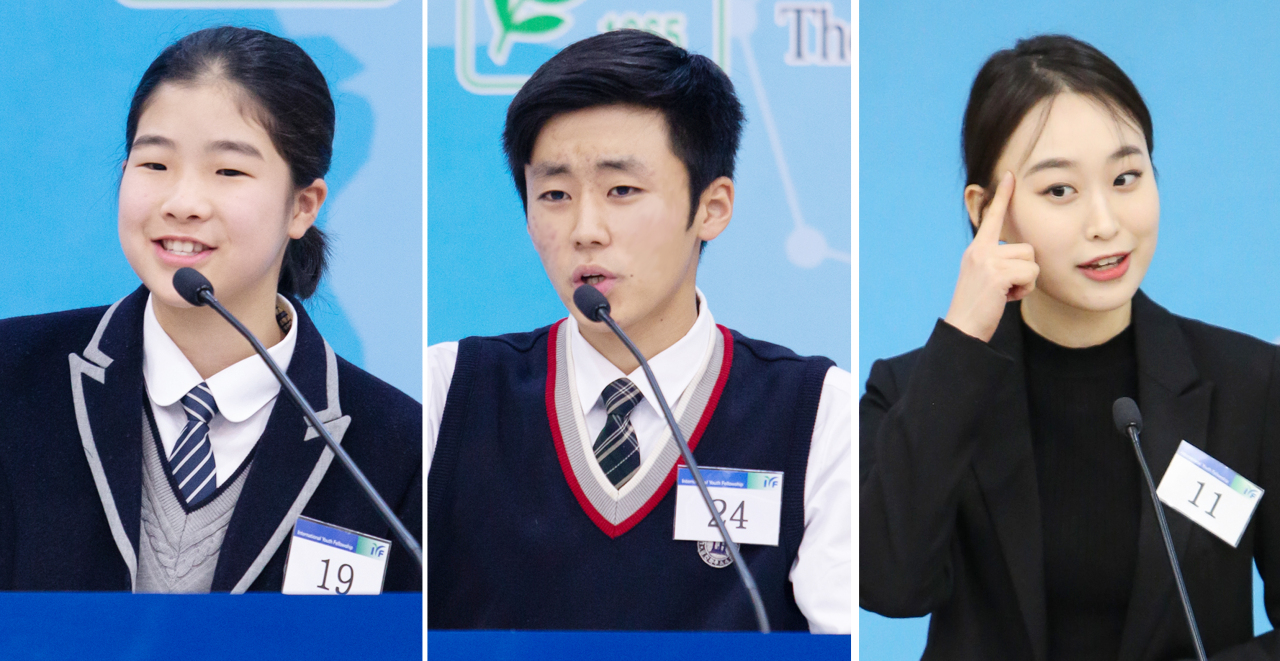 For Choi, preparing for the speech contest was a chance to overcome his weaknesses.

“I always considered my dialect and fear of English as a disadvantage. However, through this contest this disadvantage didn’t merely end but became an opportunity for me to overcome the disadvantage,” Choi said.

Launched in 2001, the IYF English Speech Contest was the first event of its kind and has become one of the largest and most authoritative nationwide speaking contests in Korea.

“Speaking is a tool to express the heart. We are dreaming of a warm society where people can freely express the beauty of Korea to the rest of the world in English and having good conversations by expressing one’s heart and listening to others,” the Rev. Park Ock-soo, founder of the IYF, said.

IYF is an international nongovernmental organization that operates various programs for young people under the motto of “Challenge, Exchange, Cohesion.”