A suspected arson attack during a traditional ancestral rite held Thursday in Jincheon, North Chungcheong Province, has left one person dead and 11 others injured.

According to the local police, some 20 family members were performing a memorial rite in the mountains when the fire broke out. At around 10:40 a.m., a 80-year-old man from the group sprayed inflammable liquid onto several of his relatives as they were bowing low on ground and set them ablaze. 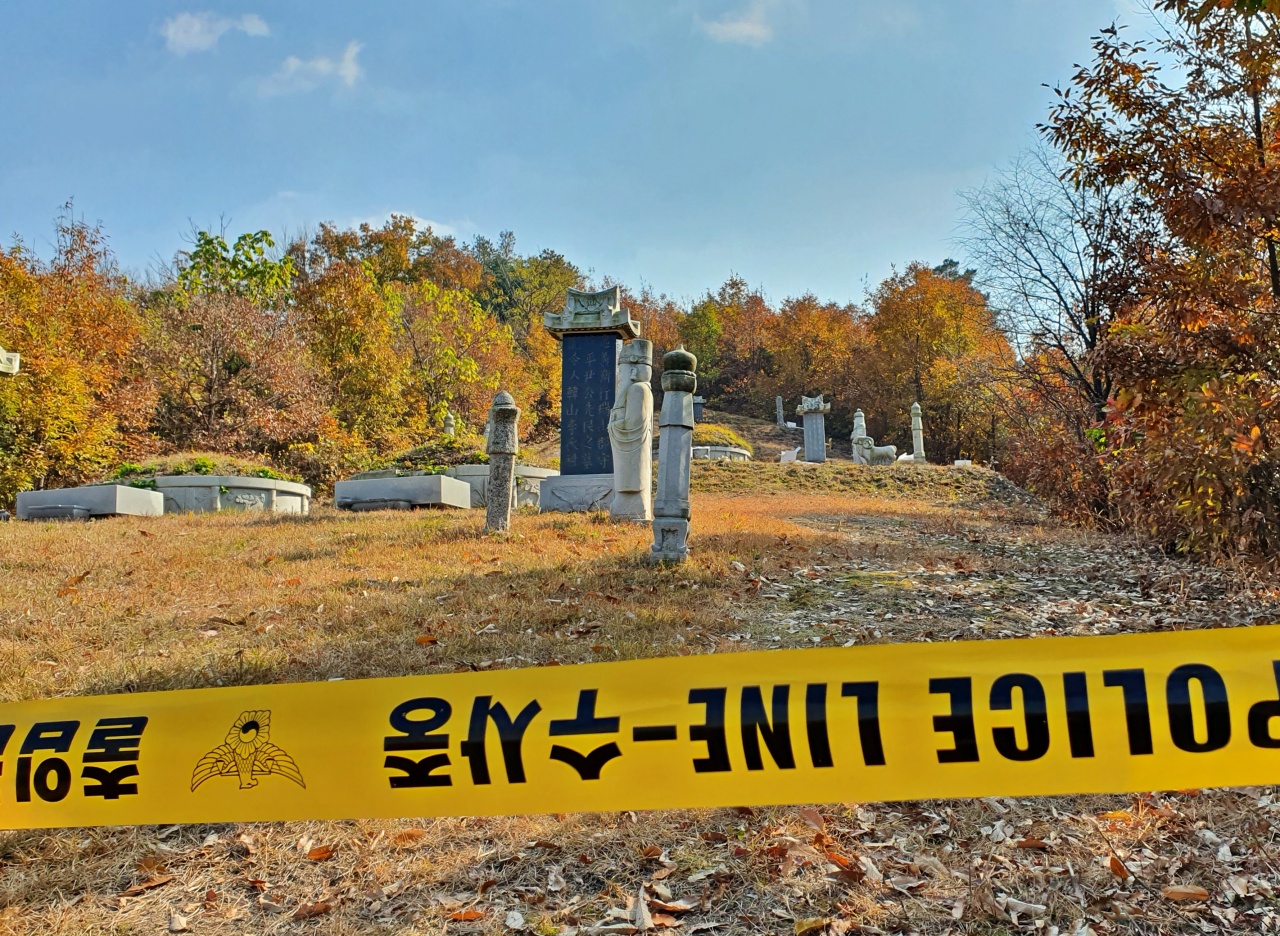 (Yonhap)
One person was killed in the attack, while six have sustained severe burns and five others minor injuries.

According to the witness statements, the suspect had a troubled relationship with the rest of the relatives over a property dispute.

The blaze spread to the surrounding mountains but was contained in about 10 minutes by the local fire authorities.

The suspected arsonist, who ingested poison on the scene, was moved to a hospital where is being detained by the police. The man is reportedly conscious and his life is not in danger.

The authorities will question the suspect as soon as he recovers.