[ The Korea Herald – Send E-mail ]
Continuing the ancient royal Kim heritage in Paris, fashion-wise
Fashion designer defines himself as ‘attention seeker’ in new collection
By Im Eun-byel
Published : Oct 23, 2019 - 17:58
Updated : Oct 23, 2019 - 17:58
Though South Korean designers have been making a splash in the global fashion scene for some time now, an extra splash of “playful elegance” was added this season.

During the recent Paris Fashion Week, fashion label Kimhekim presented the “Me” collection. From the brand name, readers might guess that a Korean designer is behind the label. 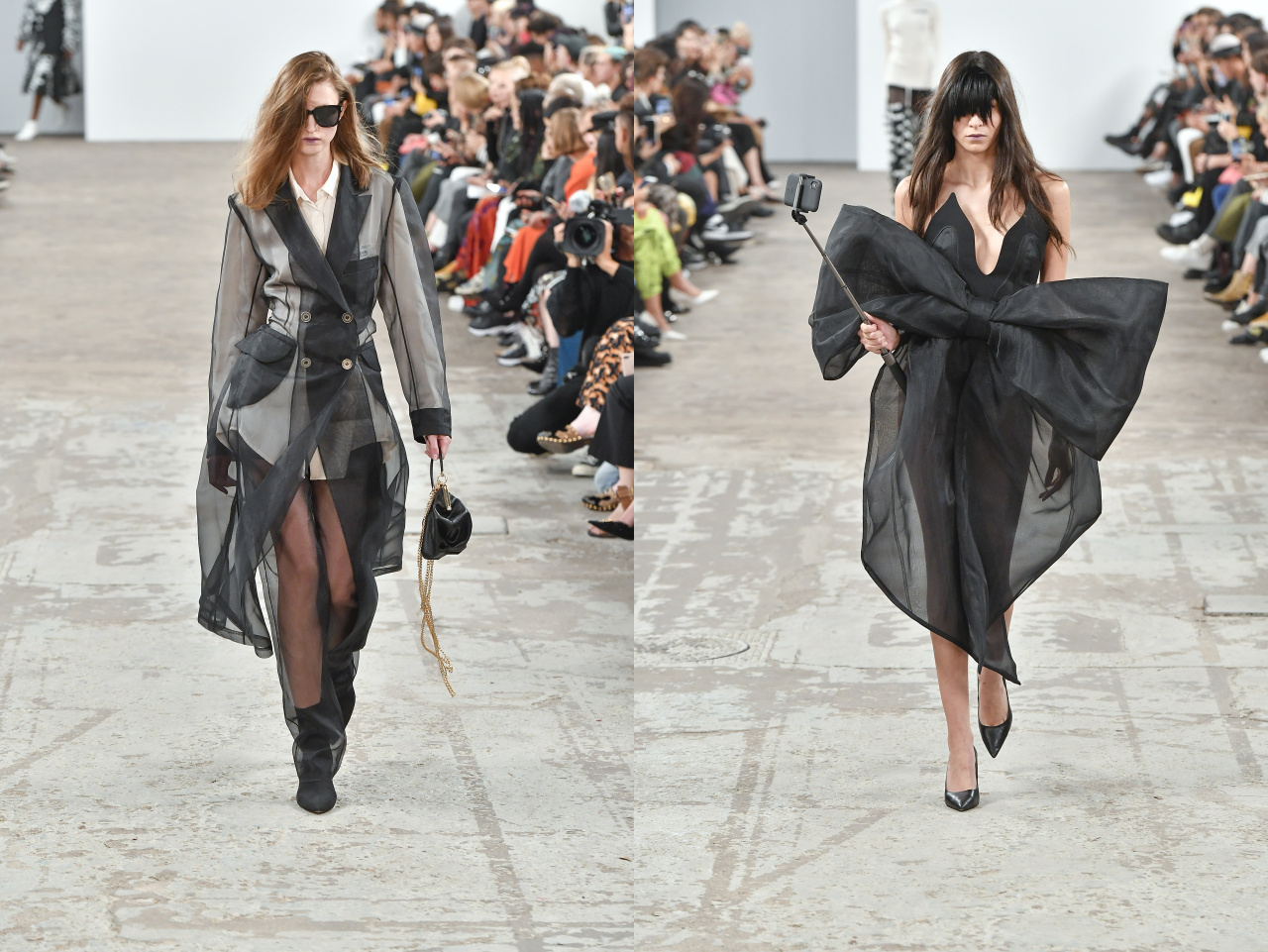 (Kimhekim)
The designer calls himself Kiminte Kimhekim. His legal name, Kim In-te, is the first name he uses and his last name reflects his family identity. He belongs to the Gimhae clan of Kims, who trace their origins to the city in South Gyeongsang Province (sometimes spelled Kimhae).

“It is very Korean, don’t you think?” Kim said in an interview with The Korea Herald at his showroom, Espace Kimhekim in Yongsan-gu, central Seoul. “The focus is on how a descendant of an ancient royal family lives in this era.” 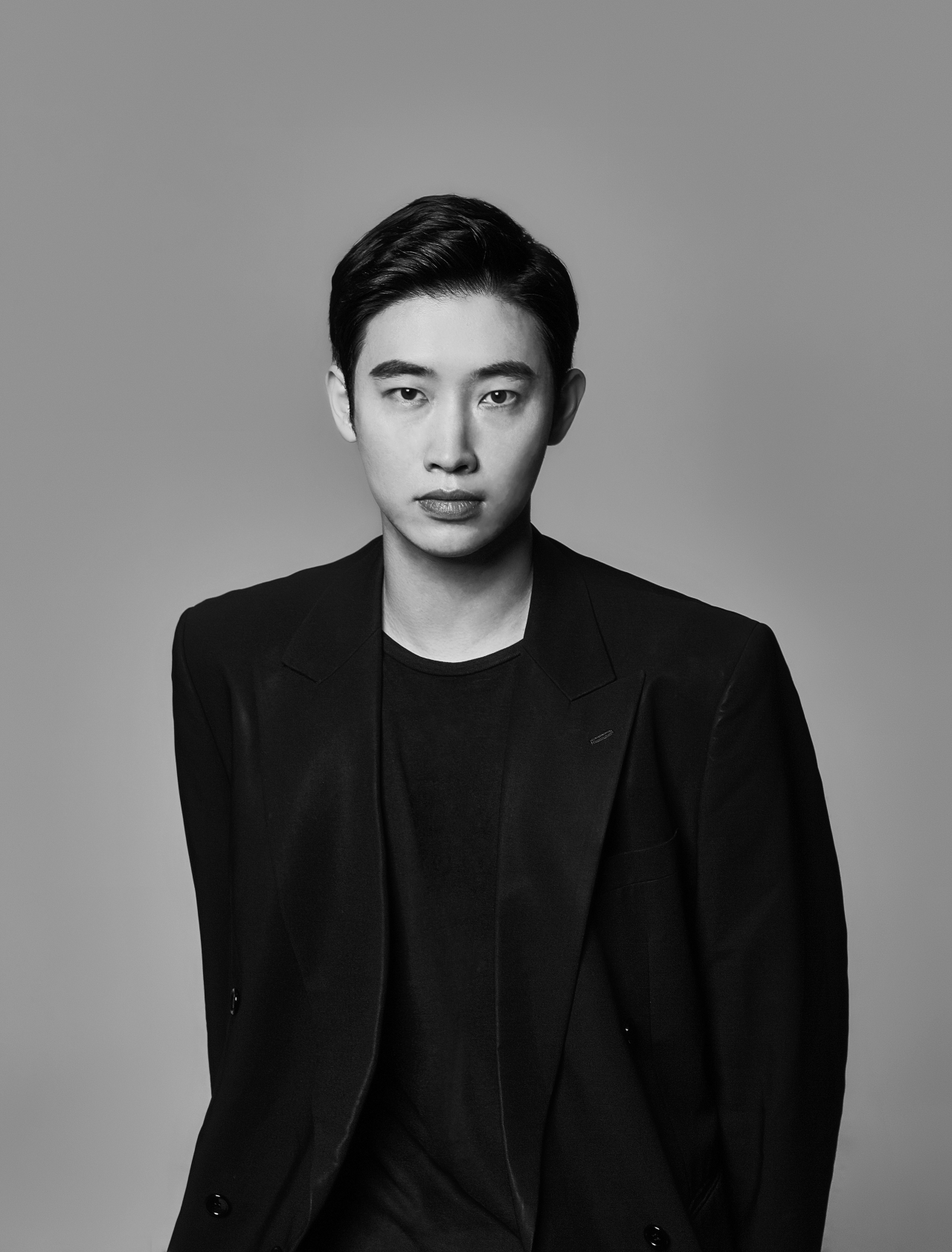 Kiminte Kimhekim (Kimhekim)
Kim, 32, who debuted in the Paris fashion scene in 2014, defines himself as an attention seeker. That is why the latest collection -- about attention seekers spending the summer at a care home -- was titled “Me.”

“Who am I? I am an attention seeker. See, running a label, you are nothing without others’ attention. Social media is all about getting attention and that’s not something bad. We should all be attention seekers -- in a fun way,” he said.

At the show, a model walking down the runway dressed in a T-shirt with an IV bag sparked controversy, leading some to question whether the designer is using the idea of being ill as a fashion statement.

“Actually, the IV bag was printed with the Kimhekim logo. It is a metaphor for Kimhekim vitamin drip that implies, ‘wearing Kimhekim creations, you can be invigorated,’” he said. 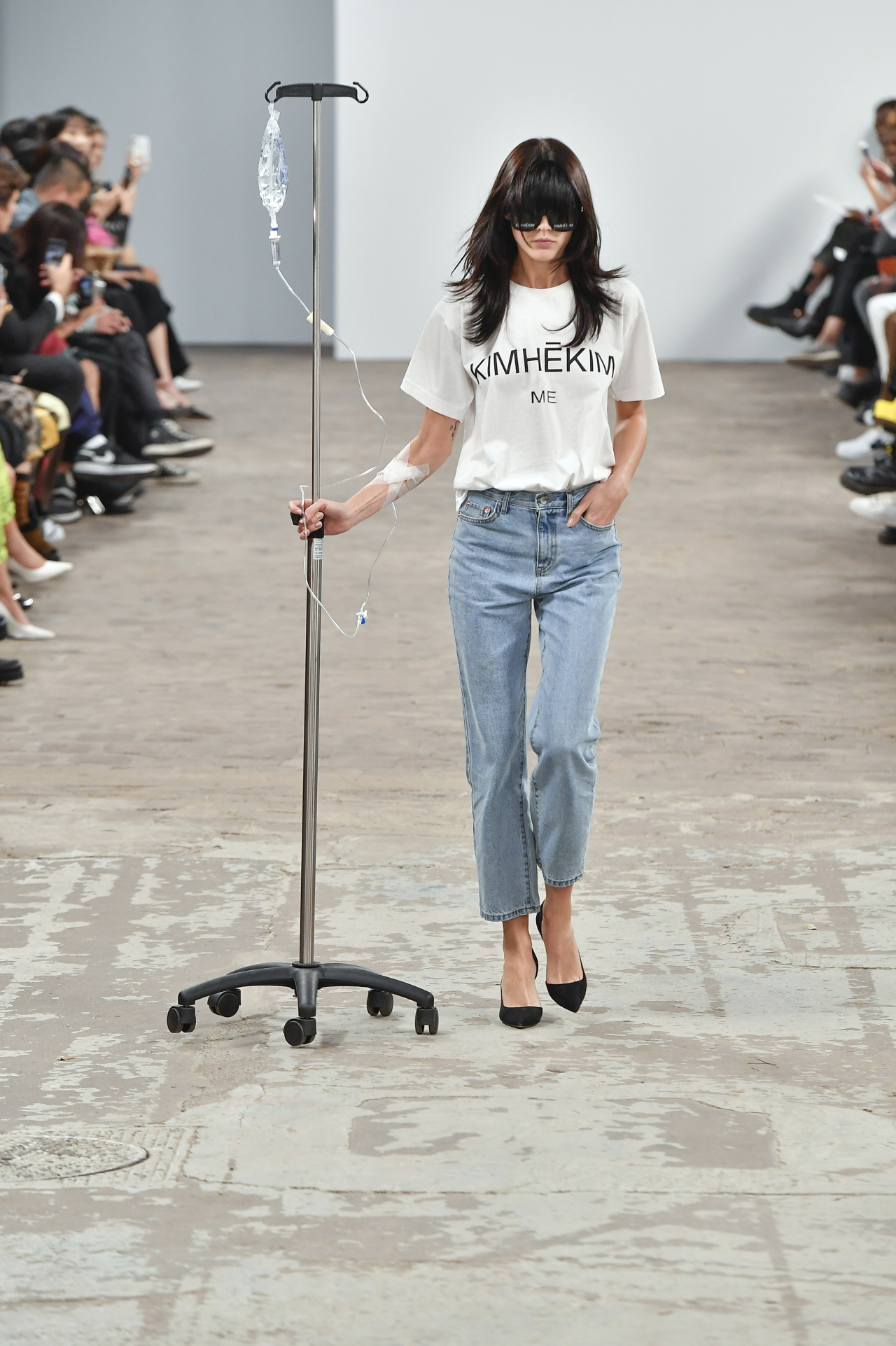 (Kimhekim)
Proud of his Korean heritage, Kim included hanbok-inspired pieces in the collection, created with organza. He loves using organza -- a material that reminds him of learning how to sew hanbok as a child, from his grandmother.

“Organza is a material that exists yet encompasses other materials. It has its own color, and yet it shows the layers beneath itself. It can be shaped but does not have a definite shape,” he said.

Though the label is based in Paris, most pieces are produced in Korea. He is closely connected with the fashion industry here. For example, he was recently sponsored by the Korea Creative Contents Agency, a state-funded institution to create some new samples.

The couture pieces, however, are created in the Paris atelier. Kim has lived in the fashion city for almost 10 years. Having attended fashion school ESMOD Seoul, he moved on to ESMOD Paris and later studied at Studio Bercot, a prestigious fashion institute.

“I was the best in school,” the designer said with a laugh. “My classmates copied my designs and brought similar fabrics as mine. I was the first in my graduating class to work as an intern for a luxury fashion house.”

Kim was an intern at a collection team at Balenciaga for two years, working under the internationally-acclaimed designer Nicolas Ghesquiere.

“The house allowed us to search for color variations or make a sleeve all day long. Of course, there was another team solely focused on sales. But the team that I was part of was everything about coming up with creative ideas that can be a driving force for the heritage house,” he said. 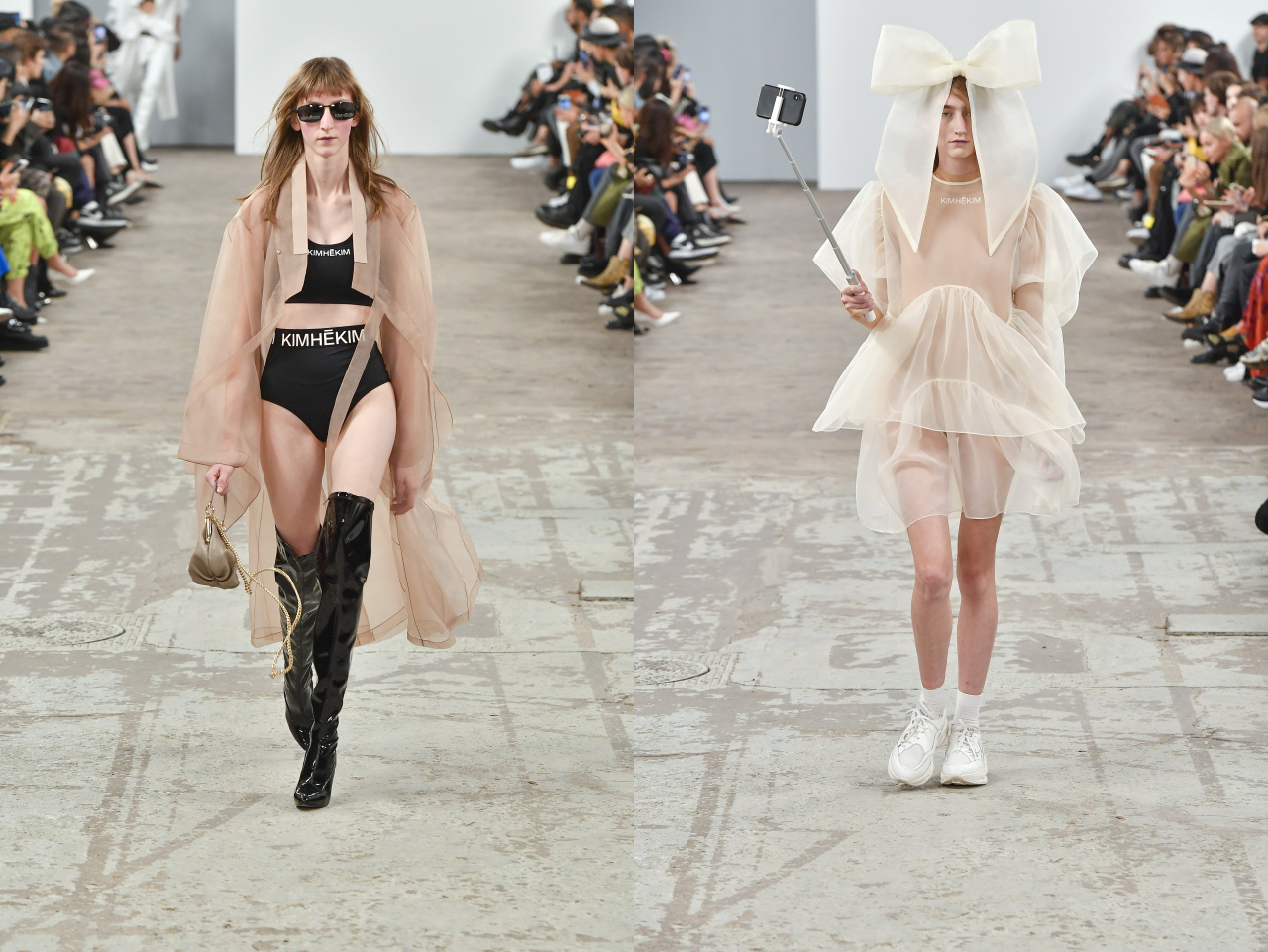 (Kimhekim)
Speaking of his goals, Kim grabbed a glass of cold water, saying the future is a subject he loves to talk about. He can go on for hours, he said, as he is a person who lives for the future.

“I hope to open flagship stores in Paris, New York, Tokyo, London and Seoul. Perhaps a high-end wedding shop in Shanghai. Then, I can live in each store for a month, travel around the world,” he said.

“Someday, I hope Kimhekim can introduce more than just clothes, curate a taste in culture,” he said, pointing to the late Azzedine Alaia as someone who had done just that. There are three apartments in Paris filled with the late designer’s work, which are rented out to tenants who would like a peek inside the Tunisian-born couturier’s world.

“I hope something like that can happen for Kimhekim, satisfying the five senses of humans in fashion, interior design, art, food in many ways,” he said. “It may take more than 10 years, but it will happen for sure.”