The event took place at the Zaha Hadid-designed Dongdaemun Design Plaza in central Seoul from Monday to Saturday.

This edition was the first to be run by the new director Jeon Mi-kyeong, a former editor-in-chief of Harper’s Bazaar Korea. For the past four years, veteran fashion designer Jung Ku-ho had led the biannual fashion event.

As in the previous editions, this season saw 34 Seoul Collection shows and 20 Generation Next shows, inviting more than 150 buyers from around the world. 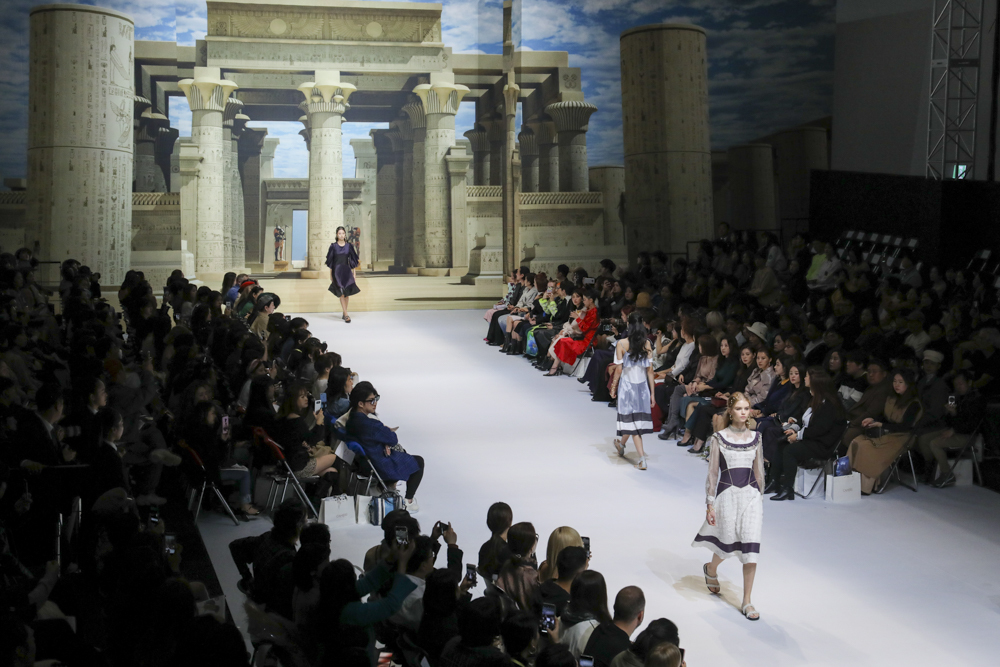 As Cahiers’ 2020 spring-summer collection was themed around Cleopatra, the stage was wrapped around with an illustration of an Egyptian temple. (Seoul Design Foundation)
Here are some highlights of the Seoul Collection. 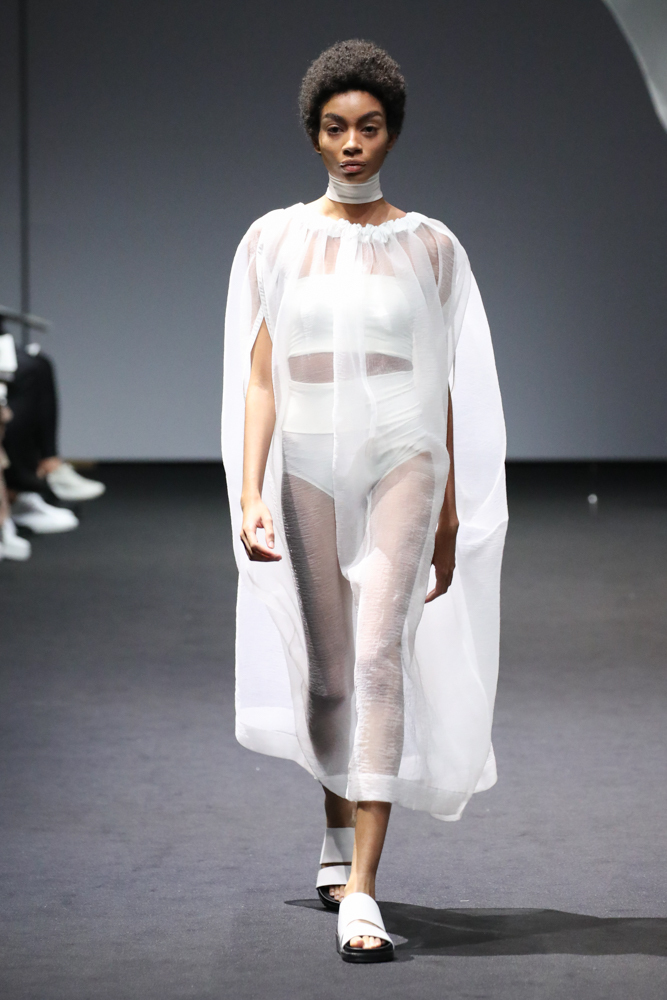 Demoo Park Choon-moo (Seoul Design Foundation)
Demoo, led by designer Park Choon-moo, also known as Demi Park, is in its 31st year. The label is known for its avant-garde touches, coming up with creations that are architectural in structure yet fluid in style.

This collection’s theme was “Air,” paying homage to the label’s 2011 spring-summer New York collection. To create an airy mood, see-through materials were structured into dramatically voluminous shapes, describing the flow of air.

To match the theme, organza materials were installed on stage, creating a dreamy atmosphere. 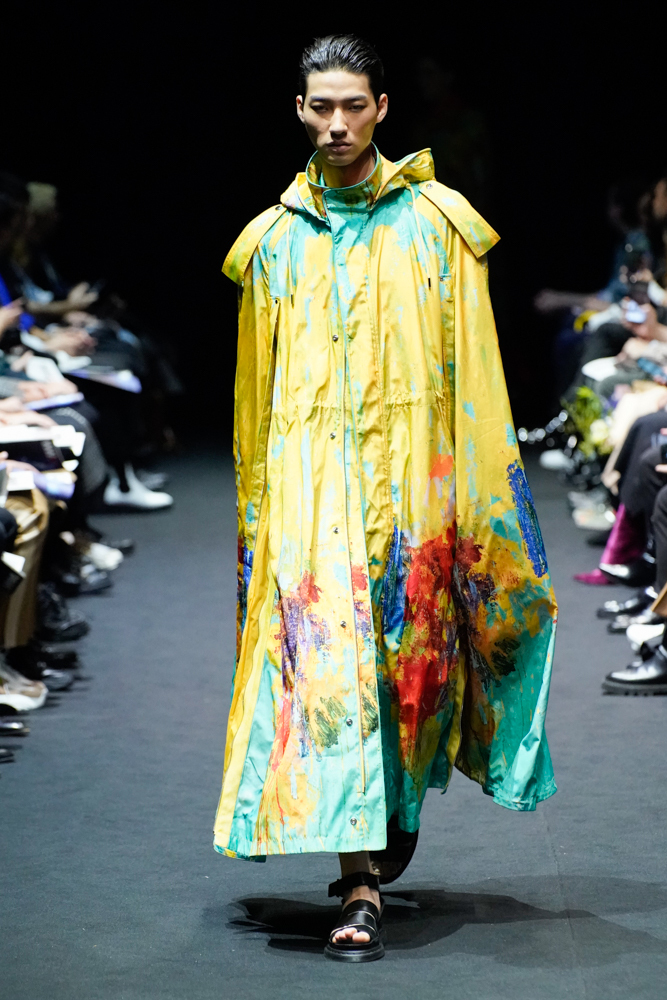 Songzio Homme (Seoul Design Foundation)
Fashion designer Song Zio showcased his “Four Seasons” collection, inspired by the quote “There are four seasons in the mind of man” from the poem “The Human Seasons” by John Keats.

Taking the motif from the poem, he created an abstract oil painting with a vivid color palette. The painting image was printed on some of the collection pieces. In some other pieces, the color variation of the painting -- pink, yellow, green and red -- was visible.

Like the previous seasons, model-turned-actors Cha Seung-won and Bae Jung-nam graced the runway, opening and closing the show, respectively. 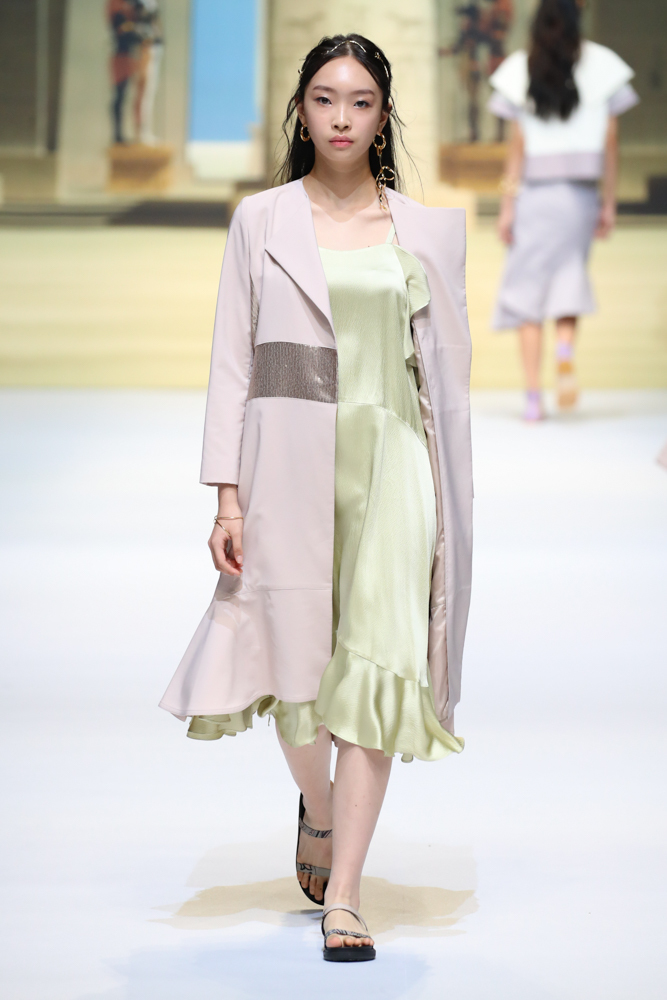 In the collection, Kim was inspired by Cleopatra, the last pharaoh of Egypt. Kim interpreted Cleopatra to be a sophisticated, graceful figure, rather than focusing on her femme fatale attractiveness, hoping that it can be an inspiration of real beauty for all women.

The pastel-hued collection mainly featured silk dress pieces, some of them printed with Egypt-inspired patterns.

Matching the mood, the stage was wrapped around with an illustration of an Egyptian temple. 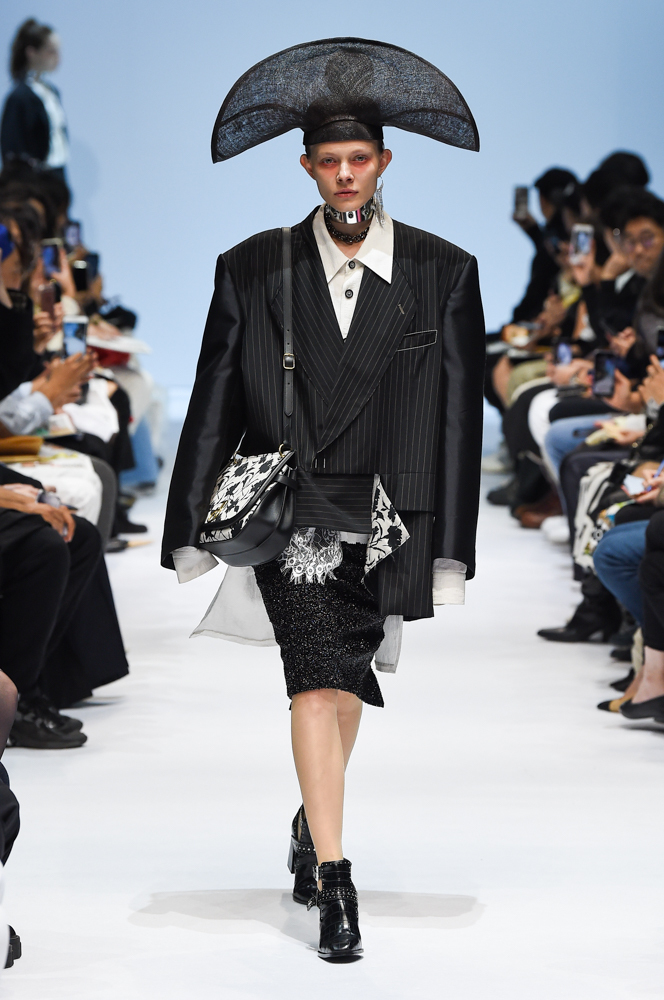 This season, Munn was inspired by hanbok, the traditional Korean costume. Using materials similar to traditional hanbok fabrics such as see-through organza and jacquard silk, the label created tailored suits and sportswear.

On the other hand, hanbok-resembling garments were created by using new, innovative materials -- ultralight nylon and water-repellent cloth. According to the designer, the hanbok-inspired details created an “avant-garde oriental sportism.”

Hanging in the middle between modern suits and hanbok, it was hard to immediately categorize the creations into existing classifications.

Munn marked its debut at the London Fashion Week Men’s in June, under an agreement between the Seoul Design Foundation and the British Fashion Council. 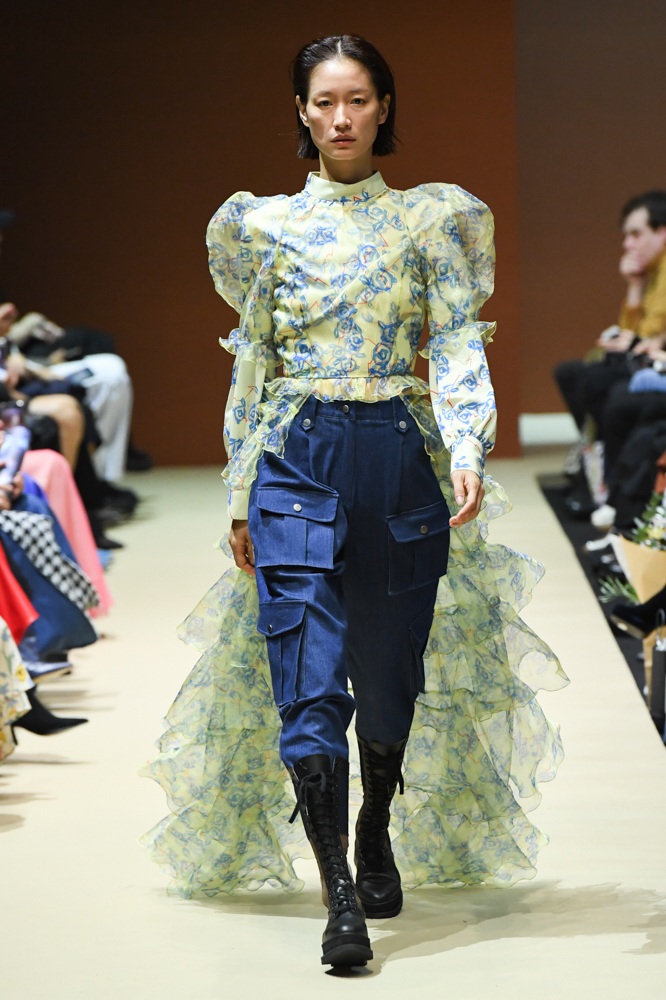 Not solely limited to workwear, the designers introduced periodical looks from the era, when art deco fashion was in style. Some of the models walked down the runway, donning unique headpieces which were popular for women in the high society at the time.

The designers aim to create the most attractive pieces for young women, based on “romantic chic sensibility.”