The plan would give SoftBank, which is controled by billionaire Masayoshi Son, more than 50 percent of WeWork and further limit the influence of former chief executive and co-founder Adam Neumann, said sources who spoke on the condition of anonymity.

Neumann stepped down as chief executive in September amid questions over perceived self-dealing between his personal assets and WeWork, and over unconventional personal conduct, including drug use. 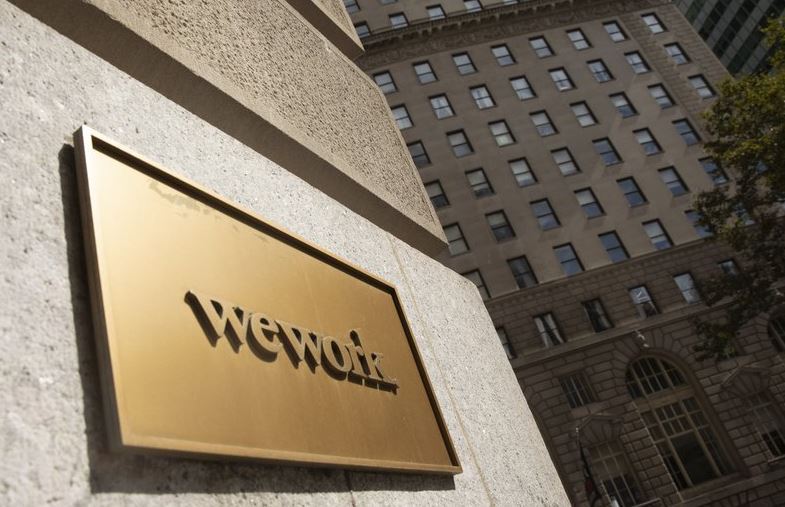 (AP)
The company also scotched a plan to go public for the foreseeable future, ending one key financing route.

WeWork is also weighing another option to address short-term financing needs, according to the sources.

The company has asked JPMorgan Chase to organize a debt financing round to raise up to $5 billion from other investors, said the sources, confirming details reported earlier by the Wall Street Journal.

"Approximately 60 financing sources have signed confidentiality agreements and are meeting with the company's management and its bankers over the course of this past week and this coming week."

A person familiar with the matter said the two options are not in competition, but that supporters of the company are mulling over the best option. SoftBank could also participate in the round organized by JPMorgan.

SoftBank, which already holds about 29 percent of the We Company, could also purchase shares not held by Neumann, which would value the We Company overall at around $10 billion, the sources said, well below the $47 billion a few months ago.

WeWork needs to raise at least $3 billion to cover its financing needs through the end of the year, according to the sources.

Ratings agencies have downgraded WeWork's bonds to "junk" status due to a cash crunch. The company reported $1.9 billion in losses in 2018 as it expanded rapidly.

The New York-based startup that launched in 2010 has touted itself as revolutionizing commercial real estate by offering shared, flexible workspace arrangements, and has operations in 111 cities in 29 countries. (AFP)