In his opening address, Harris gave a message of empathy, saying that global citizenship serves us well in business, the arts, sciences and diplomacy. He also encouraged the students to express gratitude. “You cannot express enough gratitude,” he said, concluding his speech before he thanked the school for inviting him to be part of International Day celebration. 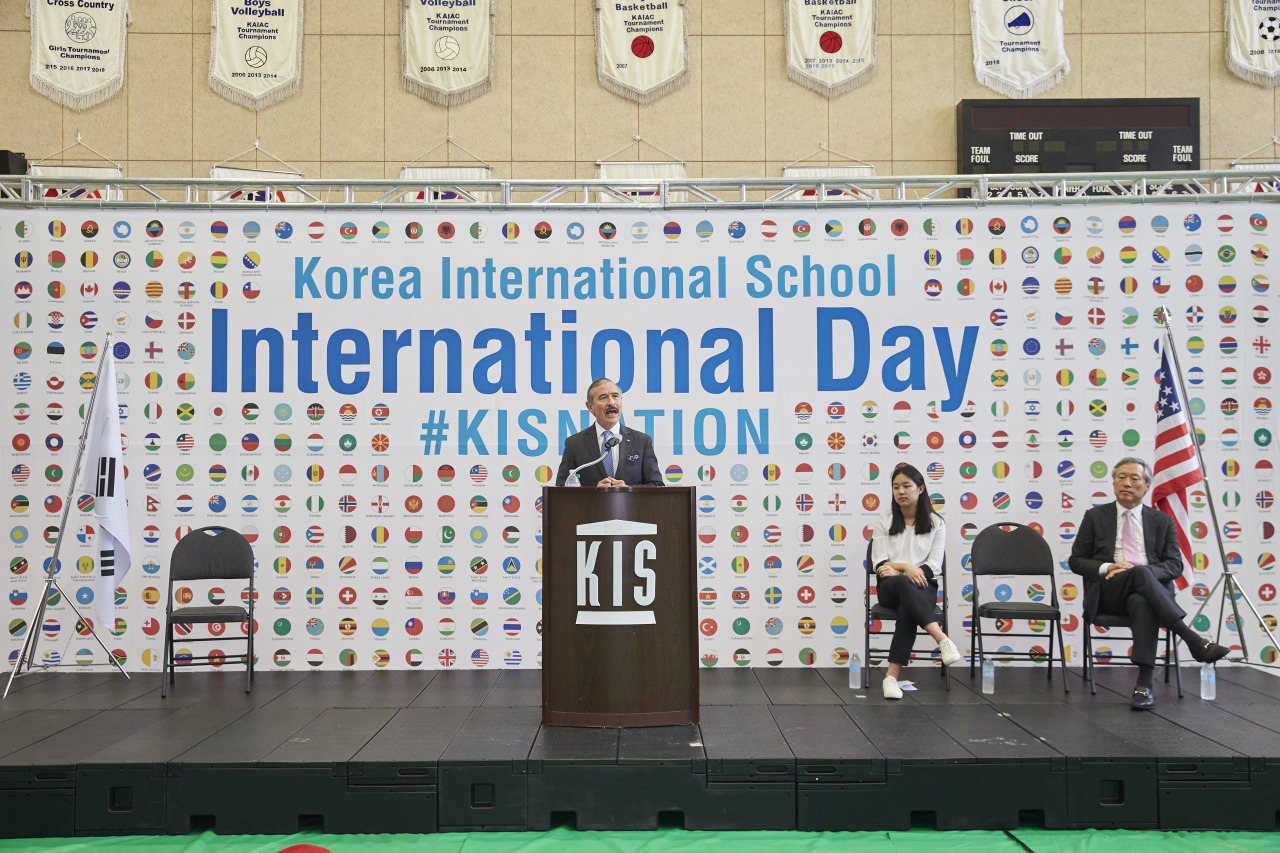 KIS Parent-Teacher Organization hosted cultural booths for primary school students and the department of world languages at KIS and the student-led co-curricular groups organized a global village for middle and high school students. All events were aimed at inspiring students to learn more about different countries and cultures and to offer a wide range of traditional games and food. The participants were encouraged to ask questions as they explored the global village and cultural booths.

Deputy Chief of Mission at the Mexican Embassy Vladimir Vazquez Hernandez gave a speech on the duty of diplomacy in the global community to middle and high school students. He highlighted that diplomacy is all about economic, civil and cultural ties between countries, underlining affiliations between Korea and Mexico.

“International Day” ended with time for the students to think about their experiences connecting with the many cultures of the school community.
This year marks the 20th year of KIS.