South Korean tennis player Chung Hyeon has completed a big comeback to reach the third round at the US Open. 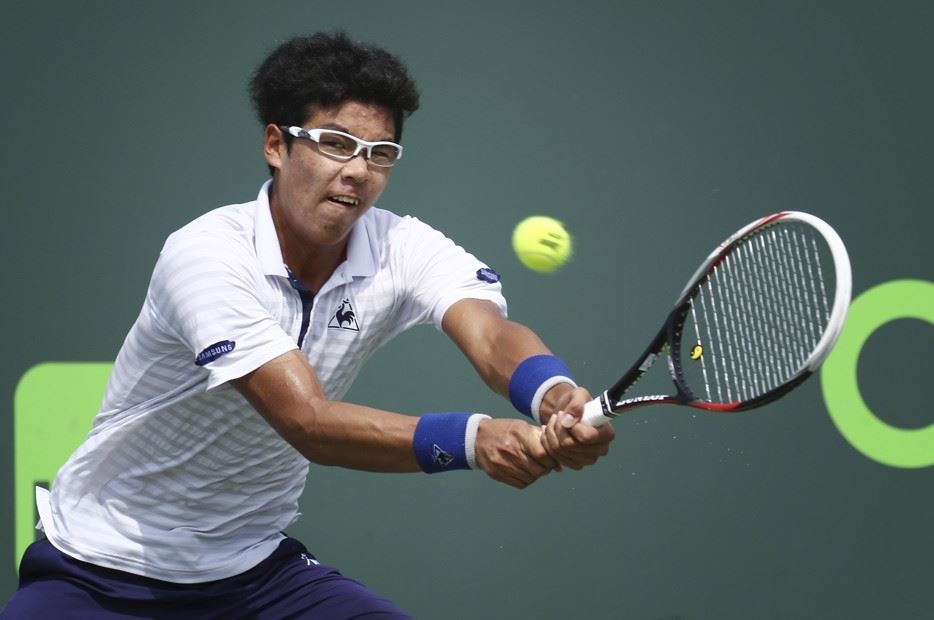 (Yonhap)
Chung rallied from a 4-1 deficit in the fifth set and saved a match point to force a tiebreak. He then charged out to a 5-0 lead before finishing off Verdasco 7-3 in a match that lasted three hours and 21 minutes.

Next up for Chung is Rafael Nadal, the world No. 2 and three-time US Open champion with 18 Grand Slam singles titles overall.

Their third round match will be held Saturday afternoon local time, or early Sunday morning in Seoul.

"I am really pleased that I survived a tough match today," Chung said in a statement released by his agency, IMG. "I'll get some rest today and try to play well against Nadal."

This is the third time Chung has reached at least the third round at a Grand Slam tournament, after the 2017 French Open and the 2018 Australian Open.

Chung was broken to start the second set, but he broke Verdasco in response to pull to a 1-1 tie.

But Chung failed to build on that momentum, as Verdasco returned the favor by breaking the South Korean for a 2-1 lead.

Verdasco broke Chung in the seventh game and took a 5-2 lead, en route to winning the second set 6-2.

Chung battled back to take the third set 7-5, finally breaking Verdasco in the set-clinching game after missing some earlier opportunities.

Holding a 3-2 lead in the third set, Chung nearly broke Verdasco before the two went to deuce three times and the Spaniard veteran barely held his serve.

The two players held their serves until Chung went up 6-5. Then Verdasco blinked in the deciding game, and looked fatigued in dropping the third set as unforced errors started piling up.

Chung won the fourth set with relative ease. Two double faults by Verdasco allowed Chung to take a 5-3 lead, and Chung closed out the set at 6-3 by holding his serve.

Chung squandered a double break point in the third game of the fifth set, as Verdasco, by then running on fumes, dug deep for a couple of aces to take a 2-1 lead.

That lost opportunity haunted Chung, who was broken in the next game and dropped the fifth game to go down 4-1.

With a sense of impending doom in the air, Chung cut the deficit to 4-2, but went down 5-2 as Verdasco handily took care of his serve game.

But Chung wasn't finished. He held his serve to stay alive at

5-3 and then broke Verdasco to cut the deficit to 5-4. After holding his serve once again, Chung found himself all tied at 5-5.

Verdasco, a former top-10 player, won his serve game with an ace for a 6-5 lead, but Chung saved a match point in the next game to force a tiebreak at 6-6.

From there, it was all Chung, who won the first five points in the tiebreak, mostly thanks to Verdasco's unforced errors, and outlasted the 34-year-old veteran in the nightcap in New York.

This was the second straight five-set affair for Chung. Nadal didn't even play his second round match as his opponent, Thanasi Kokkinakis of Australia, withdrew. (Yonhap)