Blue Bottle’s 1,300-square-meter store in Seoul will be located in Seongsu-dong, an area referred to as the “Brooklyn” of Seoul, according to the company. 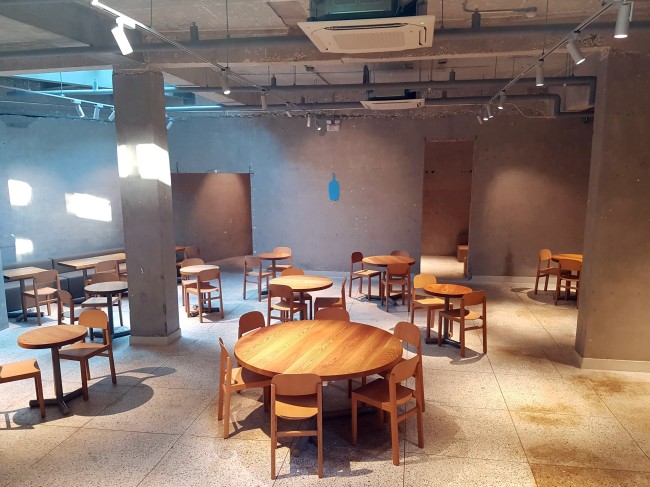 Blue Bottle Coffee Korea (Yonhap)
“We tend not to open locations in the most commercial areas and we like to pick a location that has a strong community and reflects our values,” Bryan Meehan, CEO of Blue Bottle Coffee, told the Korea Herald during the opening event held on Friday.

The store includes a roastery and training lab, which will be open for public tours, classes and tastings. Blue Bottle Korea said it would put effort to differentiate itself with quality and sustainable practices, bringing expressive blends and rare single origins sourced through direct trade to the country.

The company also said it will open a second cafe in Seoul in the second half of this year.

In recent years, Korea has emerged as an international destination for specialty coffee. Data from Euromonitor showed that Koreans consume over 25 billion cups of coffee per year and there are more than 18,000 coffee shops in Seoul alone.