Chairman Shin Chang-jae on Sunday expressed regrets over the financial investors’ latest announcement of an arbitration application to implement their put option.

“I request that (the FIs) reconsider (the decision and) re-engage in the negotiations,” Shin said through his legal representative, adding that the arbitration application may be withdrawn at any time.

“(Kyobo) has made its best efforts to offer alternative negotiation agendas, struggling to assure the success of the IPO and to preserve Kyobo’s 60-year history and identity.” 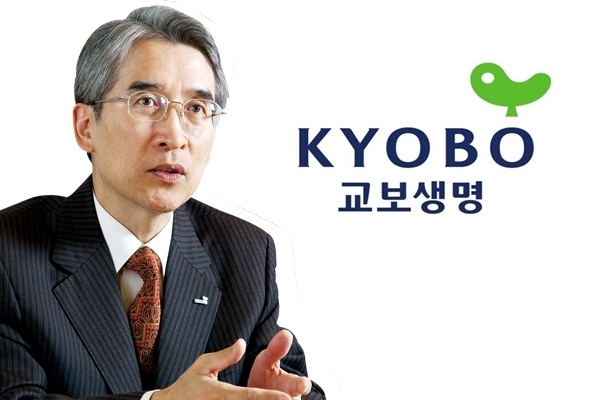 Tension has escalated between Shin and Kyobo’s FIs, as the latter sought to exercise their put option to collect investment as the company’s planned IPO remained up in the air for years.

As a compromise, Shin recently suggested three scenarios -- issuing ABSs, sales to third parties, and preserving profits after the IPO.

But the FIs rejected these options and notified Shin that they would request arbitration to force the implementation of the put option on Monday.

In 2012 Shin attracted some 1.2 trillion won ($1.1 billion) in investment from FIs in a move to defend management control, allowing investors a put option if Kyobo failed to achieve an IPO in three years.